“Yesterday it was the turn of the wind instruments, oboe, clarinet, horn, flute and French horn. The wind instruments, in general, do not bring as much success as the string instruments and the piano; so the majority of musicians usually prefer to study the latter, which are undoubtedly more difficult, but which also give, for those who succeed, much more satisfactory results. However, wind instruments are needed for orchestras, where their expressive voices add colour through their great variety. The Conservatoire does a great service to art by propagating the study of these instruments, the shortage of which is keenly felt, not in Paris, where there is a large number of artists who play them admirably, but in the provinces, where sometimes it is impossible, even in fairly large towns, to form a complete orchestra. In general, the jury’s decisions for these various competitions seemed to us to be much fairer than on the two previous days [piano, singing]. The oboe, clarinet and flute classes seemed quite strong.” (Vert-vert August 5, 1837).

Paul-Mérédic Constans, born on 20th April 1821 in Versailles, was 16 years old when he won the first price at the 1837 concours. In 1835 he got first accessit, in 1836 he won the second price. I didn’t find any information about his further career.

Louis-Antoine Brunot, born on the 16th November 1820 in Lyon, was 16 years old when he won the second price at the 1837 concours. A year later he won the first price. According to Pontécoulant (1840) Brunot abandoned the Boehm flute after having studied it. He adopted it, however, in the early 1850s. Brunot played in the Orchestre du Palais-Royal, and from 1850 on he was first flute at the Opéra Comique. He also played in the Concerts populaire de M. Pasdeloup and in the Cirque d’Hiver. Brunot published a few compositions for flute, of which only a handful is known today: two fantasies about airs of Webers’ opera Oberon (op. 6,19), a fantaisie originale op. 7, he also arranged airs from Oberon for flute. There is a manuscript of an Adagio in the National Library of France (bnf).

In the 1850s he was at the height of his career. In addition to his orchestral work, he often appeared as a soloist. He played, for example, a duo by Léon Magnier with Louis Dorus, flute quartets by Léon Kreutzer with Simon, Élie, Petition (they all most probably played the Boehm flute), trios by Haydn and duets with singers. In Dorus, Brunot found an equal flute partner, as the author of the Menestrel reports on March 6, 1854: “Never had purity of embouchure, taste, expression, agility, overall precision, smoothness in sound emission, reached this degree of perfection: a thunder of applause broke out at the end of this duet, and the two artists were recalled with enthusiasm.”

The performances of his fantaisie on Oberon, which he repeatedly played in concerts, received many positive concert reviews. L’Écho Rochelais wrote on September 6, 1856: “(The) phenomenon of perfection was achieved by M. Brunot on the flute. To appear alone after [oboe player] Triébert and [bassoon player] Jancourt, to struggle with the deep impressions they had produced, to divert to oneself the current of enthusiasm they had aroused, this was certainly a bold undertaking full of perils. Well! M. Brunot was able to accomplish it, and he won a success equal to that of his rivals, where any other than him would have broken on a reef. Mr Brunot is also a very pleasant enchanter! Armed with his Boehm flute, which is to the old flute what the piano of today is to the piano of thirty years ago, he seduces you, he moves you by the limpidity, the purity and the expression of his singing, he lulls you nobly into the undulations of a vaporous, ethereal melody; he dazzles you, he astonishes you by a fascinating agility of fingering. And then, what suppleness of articulation! What roundness and accuracy of tone in all registers! What sharpness in the double tongue without which it becomes impossible to execute the rapid lines in detached notes! With Brunot, all the native imperfections of the instrument disappear, all the difficulties are smoothed out, overcome. In a variation which delighted the audience and which – a rare thing, an exceptional joy – was enthusiastically requested again, the eminent flute player played both the song with a cadence and a trill, to which two cadences and two trills in the octave were added. Explain this prodigious feat to anyone who can.”

The newspaper L’Aube reports on February 6, 1859: “We remember the words of a famous man who asked what is more boring than a flute, and replied that there are two flutes. We like to think, for the man’s sake, that he must have suffered a great deal from some shrill, false or cold flute to articulate such a proposition. But if he had heard the masters of the instrument, if he had, as we did last Friday, heard M. Brunot make his flute sing, sigh, execute with it the most brilliant organ points, observe the most delicate nuances in the harmonic phrase, go up and down his chromatic scales with a desperate neatness of execution, oh, then the blasphemy would have remained in his throat. He would have said to M. Brunot with us and with Virgil: “Pan, himself, the God of the flute, if he challenged you in front of the whole of Arcadia, Pan, himself, in front of the whole of Arcadia, would confess defeat. “Tulou, the modern Pan, would not have disowned our artist in his Variations and in the fantasy on Oberon. The latter piece, in particular, seems to us to have been composed and executed with a masterly hand. M. Brunot’s talent has reconciled many people with the flute.” 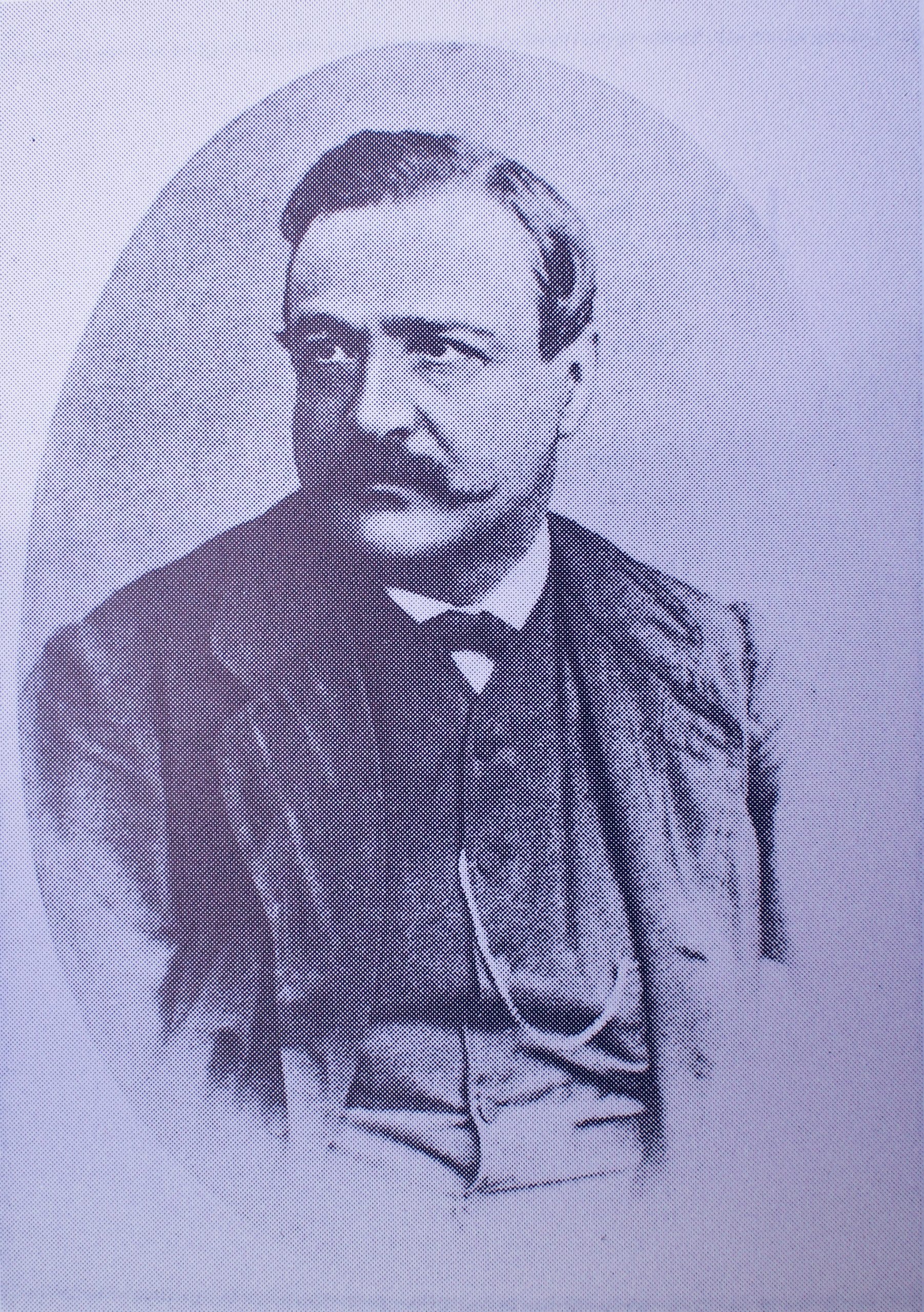 Two years later Brunot played the fantasy on a festival in La Rochelle, and the Messager des théâtres et des arts reports on September 9: “The welcome given to the flute player Brunot was all the more sympathetic as he is a child of the Wester regions [?]. He played his fantasy on Oberon’s motifs to great effect. Brunot is correct, classical; he has a good style, which was very well noticed in the ensemble pieces, where the flute parts are so important.” The fantasy, however, did not meet everyone’s taste, as we read in La Presse théâtrale on December 15 of the same year: “M. Brunot will not blame me if I like his fantasy on Oberon’s motifs much less. This composition certainly has much to commend it; but I have the weakness of preferring to all the fantasies of the world, to all the variations of the virtuosos, the very motives that inspired them. I like Weber better than M. Brunot: it is a matter of taste! However, M. Brunot is a skilful flute player, whom the audience rightly applauded warmly and recalled. The Cirque, once again, proved that it was not favourable to all instruments: the low notes of the flute do not reach the ear, and the fine nuances are completely lost in this vast expanse.”

Nevertheless did Brunot convince his audience with his tasteful: “This artist has drawn from his instrument sounds of inexpressible sweetness; for him, melody has real charms, and he leaves to others the supposedly great difficulties that those who devote themselves to this instrument enjoy. The audience and the orchestra greeted the performer with long and sympathetic bravos.” (Messager 6.3.1864) From the late 1860s on he appeared less an less in the national press. He continued playing in the orchestra of the Opéra Comique until his death in 1885.

The Troisième Grand Solo is a strange, yet highly interesting and challenging work. None of his Grands Solos is so varied in two respects: Tulou constantly changes from one affect to another, from one tempo to another. Like many Grand Solos, the work begins in Allegro moderato. After the introduction in the piano and the first theme in the flute, a short espressivo passage follows, and after five bars the theme appears again. A virtuoso passage follows, ending with a long A3 under a fermata. Now follows a longer espressivo passage in F major, which can be described as the second theme. 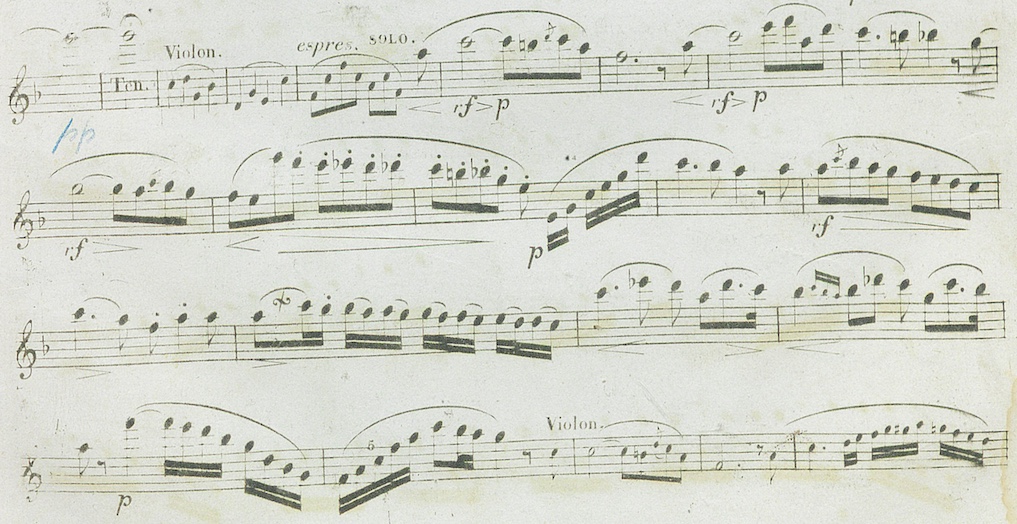 In many 19th century works, the expression espressivo indicates a slower tempo and the use of tempo rubato. In fact, the melody that now follows lends itself very well to both aspects. The difficulty now was to find our way back to the original tempo. We decided to raise the tempo a little with the theme in the piano and to increase the tempo a little more in the following long virtuoso passage in order to achieve greater virtuosity. After this passage and a longer tutti section, there now follows an enchanting middle section in D flat major (!), marked Largement.

When playing it is clear that a distinctly slow tempo is called for here, and here too the melody invites tempo rubato. The end of the Largement is the dynamic climax of the solo, which requires the full commitment of both players. As a contrast, a staccato passage in G minor now begins, followed by the reprise of the second theme.

Instead of espressivo, however, Tulou notates largement here. Do both terms have the same meaning or does Tulou want a different interpretation of the melody here, and if so, which one? Even though the melody is the same, the two themes differ. In the first, it appears after a long fermata and a pause, at which moment the piece has come to a halt. The theme is in F major and begins in piano. In the recapitulation, the theme immediately follows a virtuoso passage, it is in D major, begins in forte and is embellished with many sixteenth notes. Thus, is the largament a warning not to take the tempo too fast? We tried several tempos and finally decided to take it a little slower, though not as slow as in the first second theme or the Largement middle section. At the end of the recapitulation, Tulou also repeats the virtuoso passage of the second theme, before setting off on the final sprint and heralding the end in long staccato passages and the obligatory final runs and trills.

The flute in the video was made in the first third of the 19th century by the Strasbourg workshop Bühner & Keller. It must have been made relatively early in the 19th century, because it possesses some characteristics that clearly point to older, ‘classical’ times. First of all, its sound is very reminiscent of classical flutes: a full, pleasantly warm low register paired with a lighter, but relatively difficult responding high register. The key arrangement, especially the position of the short F key, is reminiscent of that of the first French simple system flutes, as illustrated, for example, in the flute method by Hugot & Wunderlich. The Bb key is positioned relatively high up, so that the thumb is under the key and not to the left or right of it. It makes quite a lot of noise when played. Unlike later flutes, the third octave responds with relative difficulty, so that fast staccato notes above F#3 become a challenge. Some of Tulou’s fingerings work very poorly. Here the older fingerings must be used, such as for the F3. The XXO/XOO/o fingering is much too high, but works relatively well with the slightly too low XXOo/OXX/o or the only slightly too high XXOo/XXoO/o. The B2 fork fingering is also much too high and can hardly be used. Here the B key is indispensable. For a work in D minor like the third Grand Solo, this situation is not ideal. Nevertheless, I decided to play the third Grand Solo on this flute. The decisive factor was its convincing, full depth, which comes into its own very beautifully in the middle section of the Solo.