On 8 August 1841, Paul Smith writes about the concours in the Revue Musicale: “The second session was devoted to all the wind instruments: bassoon, French horn, oboe, flute, ordinary horn and clarinet. Several of these competitions were very remarkable, especially those for oboe and flute. (…) Among the flutists, we saw a younger one appear, smaller than all the others, wearing the uniform of one of our regiments. This child, who is barely fourteen years old, answers to the name of Altès. You cannot imagine with what boldness, what ease, what brilliance, this child fulfilled his double task! M. Moreau, who had also shown great talent, and who counts more years, won the first prize; the young Altès only won the second, but he can be at ease: the first prize will fall to him long before he grows a beard. This is a hope of an artist, who must one day succeed M. Tulou, his teacher.”

Joseph-Félix-Aimé Moreau, born on 24 March 1823 in Dijon, was 18 years old when he won the first price in the 1841 concours. Many Moreaus have studied in Paris, however, their family circumstances are not known. In 1850 he lived in Joigny. Moreau was member of the Association des artistes musiciens. I didn’t find any information about his further career.

Joseph-Henri Altès is no unknown person. He was born in Rouen on 18 January 1826. According to Fétis, he began his studies with Tulou on 7 December 1840 at the age of almost 15. Only six months later, he received a second prize, followed by the first prize the following year. Paul Smith was enthusiastic about his talent and predicted a brilliant career for him. Indeed, years later Altès would become solo flutist in several orchestras and, like Tulou, professor at the Conservatoire. First, however, the Parisian public hears him in various concerts. In the early years, he competed with Bernard-Martin Rémusat (four years older) and Jules Demersseman (seven years younger), who were about the same age. In 1849 Hector Berlioz heard him in concert and reported in the Revue Musicale on 4 February: “He really plays the flute in a remarkable way. But this was already known.” In the summer of the same year, another critic in the Journal des débats politiques et littéraires wrote in more detail: “He has a very pure tone, an excellent style, and, for agility, he would be able to play sixty-four notes per second, without embarrassment (9 June)” It is precisely this speed of his fingers that makes Altès stand out from the start. It is his great trump card, with which he outshines the perhaps less convincing aspects of his flute playing. On 7 December 1848, Altès marries the singer Émilie-Francisque Ribault, who is seven years younger. At this time he is employed at the Opéra-Comique, but soon after moves to the Opéra, where he will remain until 1876. In 1849 he plays second flute there alongside Dorus. In 1853 he also plays second flute alongside Dorus in the newly founded Nouvelle chapelle de l’empereur (Le Siècle 22.2.1853). Both also play together in the Société des concerts. After Dorus retired in 1868, Altès took over the position of first flute in all orchestras.

That both flute players are a well-rehearsed team is shown by the following report by Berlioz in the Journal des débats politiques et littéraires of 24.10.1861 about his revival of Gluck’s opera Alceste: “Messrs Dorus and Altès have found exactly the degree of power that should be given to the low notes of the flute and which covers the melody with such a chaste colouring. Earlier, when I heard Alceste, the first flute of the opera, which was neither modest nor the first in its art, like M. Dorus, completely destroyed this beautiful effect of the instrumentation. He did not want the second flute to play with him, and in order to dominate the orchestra, he transposed his part into the upper octave, thus mocking Gluck’s intention. And they let him have his way. After such an assault, he deserved to be dismissed from the Opéra and sentenced to six months in prison.” The flute player in question must have been Guillou, for the opera was performed in Paris in 1825. Berlioz was 21 years old at the time. 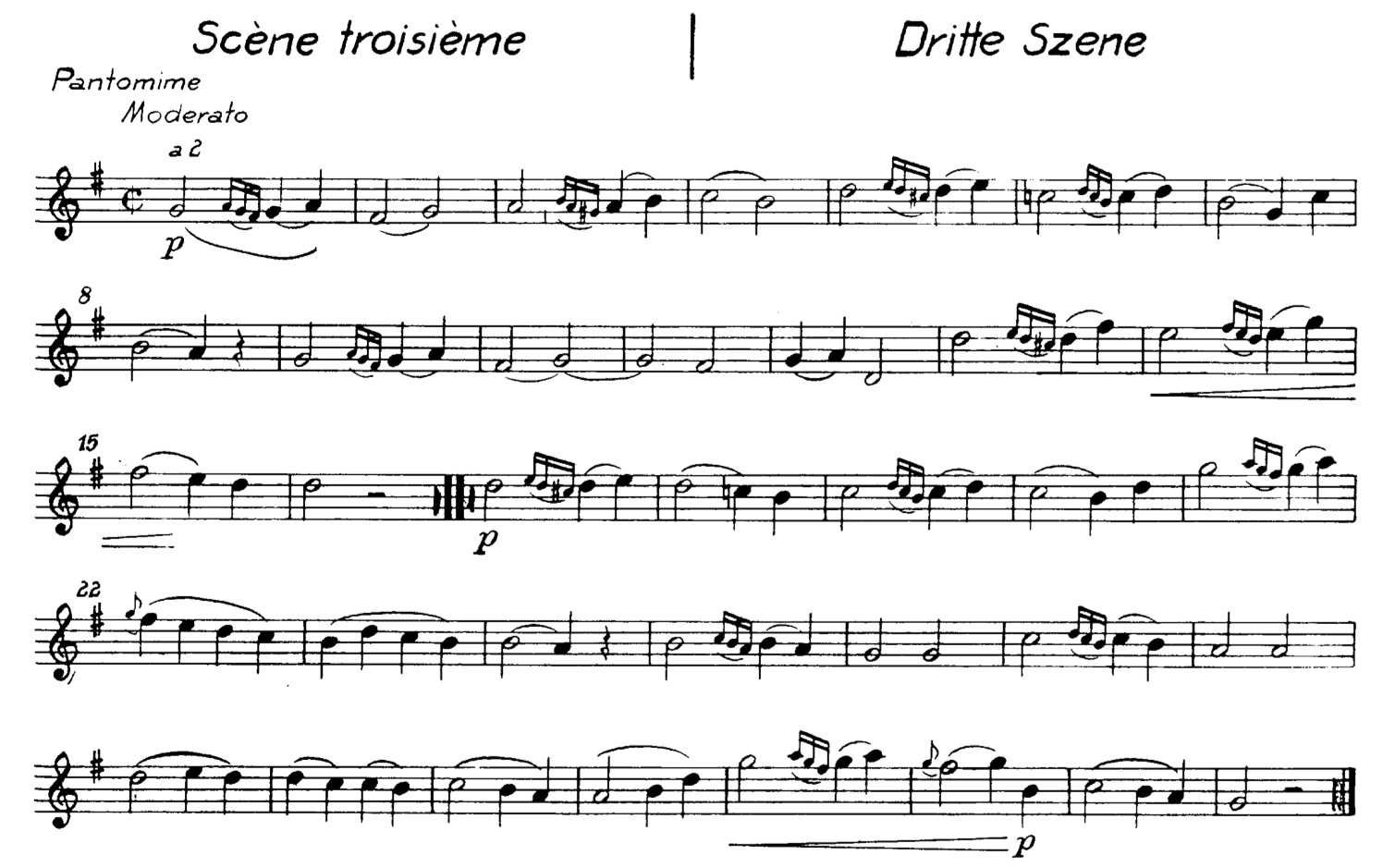 Like Dorus, Altès played the Boehm flute, but it is unknown in which year he changed to the Boehm flute. There is only evidence of the purchase of a Boehm flute from the Lot workshop in 1860 (no. 476).

Altès seems to be completely absorbed by orchestral playing, for he is less often to be found in the Paris newspapers with solo appearances than his colleagues and competitors Dorus, Brunot or Demersseman. Sometimes, together with his brother Ernest (violinist and, from 1871, conductor at the Opéra), he organises concerts in which he performs alongside his orchestral colleagues. On 25 April 1854, it is written in Le Constitutionnel that “Henri Altès, one of our best flutists, performed a fantasy of his own composition on motifs from the Perle du Brésil.” Like so many virtuosos, Altès plays his own compositions. The fact that his works, like those of many flute players, are not of the highest compositional quality is in fact secondary, since they serve above all to put one’ s own playing strengths in the limelight.

16 August 1870 “I have said that the flute class has lost a great deal through the retirement of M. Dorus. The pupils of Mr. Altès all have the same fault as their teacher: they suffer from a poor quality of tone. This defect becomes a real infirmity in the low notes, which are very beautiful when one knows how to play them; Meyerbeer made excellent use of them in the story of the dream in Le Prophet; Berlioz himself was mistaken, and thought he heard two cornets à pistons placed in the blower’s embouchure hole. In the piece chosen for this year’s competition, low notes were avoided. Moreover, the jury awarded the first prize to a student who, because of his temperament, cannot have a very warm or vigorous playing. When I speak of the flute, everyone immediately names Mr Taffanel, and I don’t disagree.“

27 August 1872 “I recommend to Mr. Altès that he stop beating the bar while his pupils are playing the sight-reading piece. It is already too much to indicate the movement before they start.”

8 September 1874 “I suspected Mr. Altès to be, as last year, the author of the flute piece. It seemed to be a fragment of a concerto, as poor in ideas as in construction. Mr Altès amused himself by reproducing I don’t know how many times in the accompaniment a little drawing made up of the first four notes of the air: J’ai du bon tabac (do re mi do). He could have repeated it from one end of the piece to the other, either simply, or in thirds or sixths. Nothing is easier than to make learned music of this kind (…) The flutists continue to be noticed for the mediocre quality of their sounds in general and for the weakness of the low tones. M. Molé alone, who won the first prize, is an exception, no doubt because, as a member of the orchestra of the Champs Elysées concerts, conducted by M. Cressonnois, he is used to playing solos in public and in the open air.”

24 August 1875 “M. Altès gave us a fantasy of his own, which, without being a masterpiece, is nevertheless more acceptable than his other works played in previous years. But he takes his ease in competitions; he speaks of his pupils when he likes and as long as he likes. The sound that the pupils make on their instruments resembles that of their teacher.”

15 August 1882 “Mr Altès kept the quartet to accompany the flute competition. Can’t he beat the measure calmly, without his hands, his feet, his head and his whole body getting involved? It is infinitely too much mimicry. A second prize and three accessits are all that was awarded to a class that remains in honest and respectable mediocrity.” 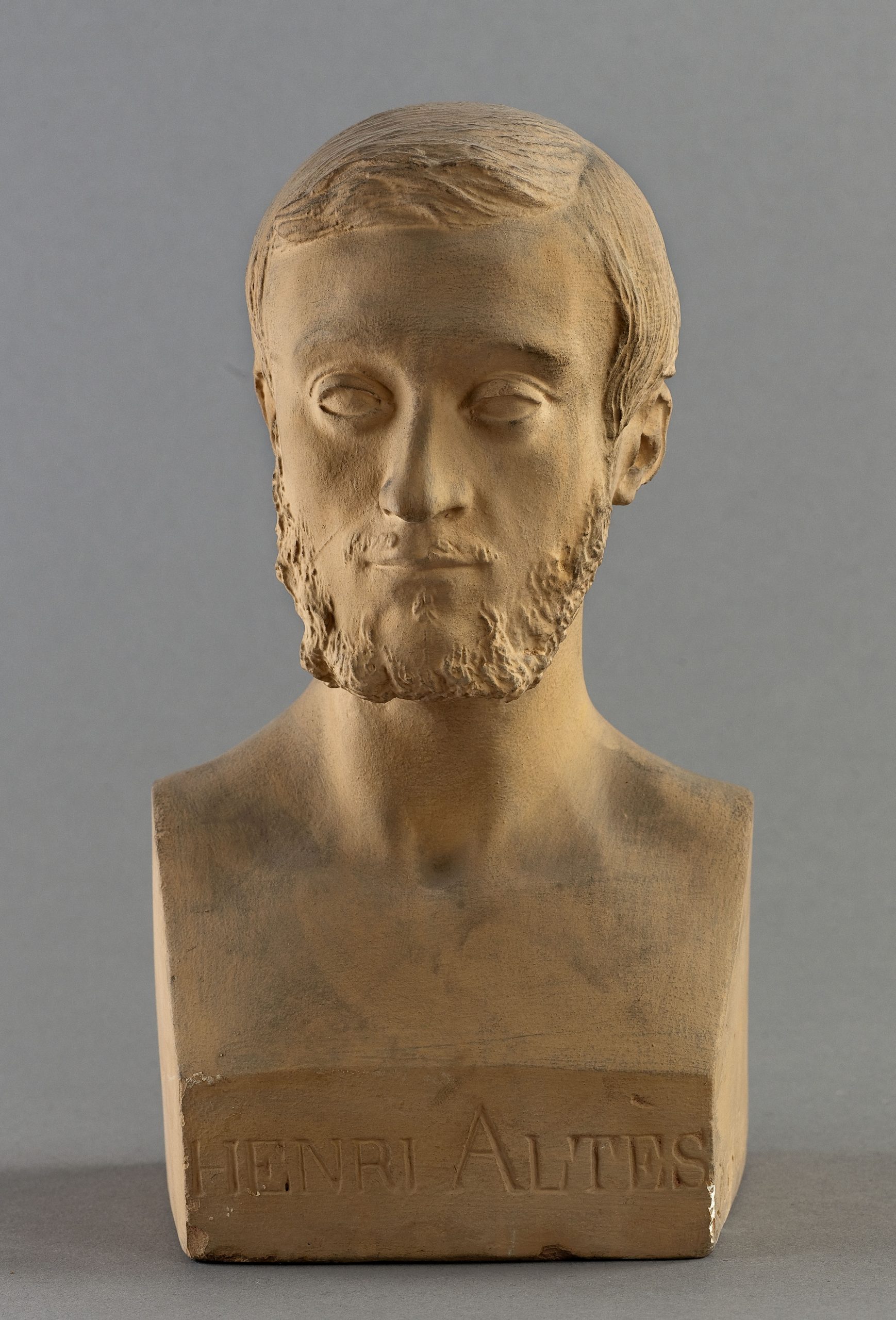 It is very clear that Weber does not think much of Altès. He would probably have preferred to see Taffanel in the position. But there are also positive voices, as the following article in Le Figaro of 3 August 1881 shows:: „The flute class has Mr Henri Altès as its teacher (…he) has been a little prodigy, which is rare among instrumentalists for whom “respiring” is necessary above all (…) he is now content to make very good pupils. His competition this year is proof of this (…)”

Altès is described by his students as a strict and very systematic teacher, who above all adheres strictly to his method. He taught at the Conservatoire until 1893. Taffanel becomes his successor. Altès died in Paris on 24 July 1895.

Altès was immortalised by several artists. The most famous is the painting Les musiciens de l’orchestre by Edgar Degas, in which Altès is playing in the orchestra of the Opéra. Degas also painted a profile view of Altès. Less well known is the bust made by Jean-Pierre Dantan, now in the Musée Carnavalet in Paris. By chance, the exact date of its creation is known, for on 1 July 1855, the journalist Eugène Guinot describes in detail in La Presse littéraire his impressions of the artist’s visit to his apartment. There it says: “To go from the bedroom to the salon, you will cross the atelier where we first entered, the one where Dantan usually works. His last three works are there, still in hand (…) two artists’ heads: M. Altès, flute of the Opéra, one of the stars of this brilliant orchestra (…)”. Altès was still playing second flute in the Opéra at this time. Dantan, by the way, was a direct neighbour of Chopin. After Chopin’s departure, Dantan extended his flat by taking over Chopin’s flat.

The eight-keyed flute played in the video is from the Bellissent workshop (1818-42) and was probably made around 1830. Besides the usual six keys (C Bb G# sF D#) it has two curious but quite unnecessary keys. One small key is operated by the third finger of the left hand and serves as a second A-Bb (trill-)key. Another one is operated by the index finger of the right hand and serves as B-C# trill key (the Triébert flute, used in the Marco Spada fantasy has that trill-key as well). Bellissent’s name is probably a little less known than that of Godfroy and Tulou, but nevertheless, he played an important role in the Paris flute market. Just as other flute makers he tried to improve the flute by adding extra keys, using cork pads, mounting the tenons in cork and reinforcing them with a silver ferrule (shown at the 1827 exhibition in Paris). He also made a mechanism to lower and raise the pitch of the flute while playing. Most of features where used by other flute makers as well before him, so Bellissent was rather not their inventor.